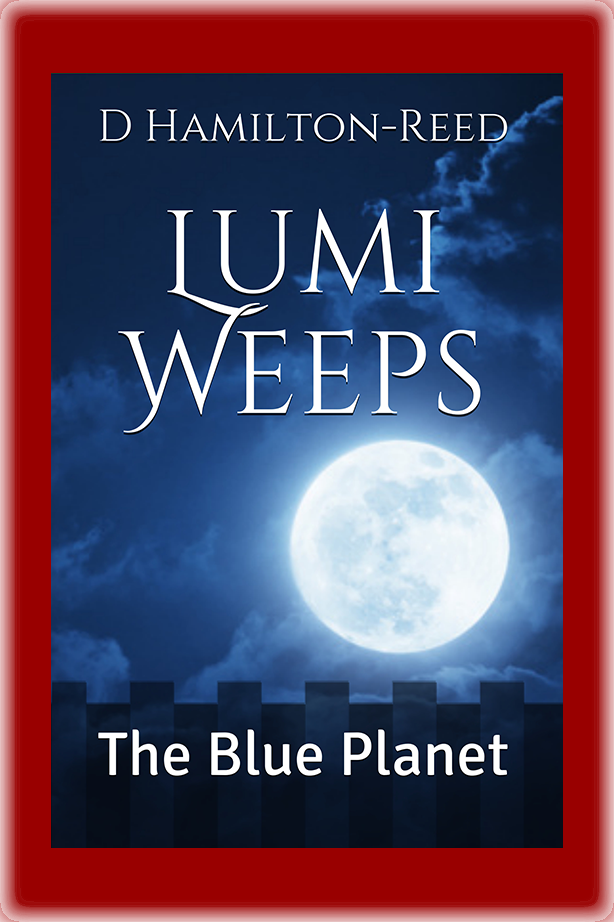 It’s been 70,000 years since a small tribe left Africa, crossing the Bilen Sea.  From that small tribe all of mankind has descended.   From Tallon they’ve inherited a sense of adventure and exploration, crossing into the unknown. From Kaima they carry a hope of love for family and community that binds them to one another. Lumi Weeps is five short stories over time of what happens when humans make contact with other humans. Do they greet each other with a warm welcome or a hostile stare?

The Centurian-  Jonias Ponti  is part of the fleet that has fled to Alexandria with Mark Antony. He is loyal and sworn to duty until one night he hears the cries of a slave girl. As a Roman he should ignore it, but on this night something breaks through, and he hears her pain, and thinks, “Stop, she’s just a girl.”

Xia, a girl – Mongols have begun to invade her homeland. Xia is a young girl given an important duty to watch over her village. Except they’ve assigned her with Taizu, her skin grows warm and her face is flushed, she wonders, “How can I watch over the village when Taizu is standing there?”

The Painter- Amaru lives in one of the greatest Pre-Columbian cities the world had never heard of.  Chan-Chan has the wealth and riches that Europeans sailed across the Atlantic for. The people have no enemies and live a peaceful life by the sea until one day his face is pushed into the sand, a heavily sandaled foot crushes his throat, and he stares up at the scowl of an Inca warrior.

Mohawk- Kariwase is a proud Mohawk. His tribe has inhabited the land for thousands of years, but now new comers from England and France are here and his people do not understand why. They try to understand the new people by learning their language and trading with them, but a decision that pits one side against the other will force him to answer in the only way he knows, the Mohawk way.

Freedom’s Sorrow- Tendaji and Nyah  were born free in Cape Town, South Africa, where their young love is forbidden. They have found a way to be together, but on a warm night following the North Star they are surrounded by Portuguese slavers, and a fate unknown.

Yet, we mustn’t forget the Tyrinnians, in Home, the final story, find out what they’ve been up for the last thousands of years.

“Wow…just wow. While this book is the second installment of the Blue Planet series. Lumi Weeps….will definitely have you weeping! It is heart wrenching as well as enlightening and a reminder why we all should be treated equally with kindness and love. I look forward to Rune Awakes…” 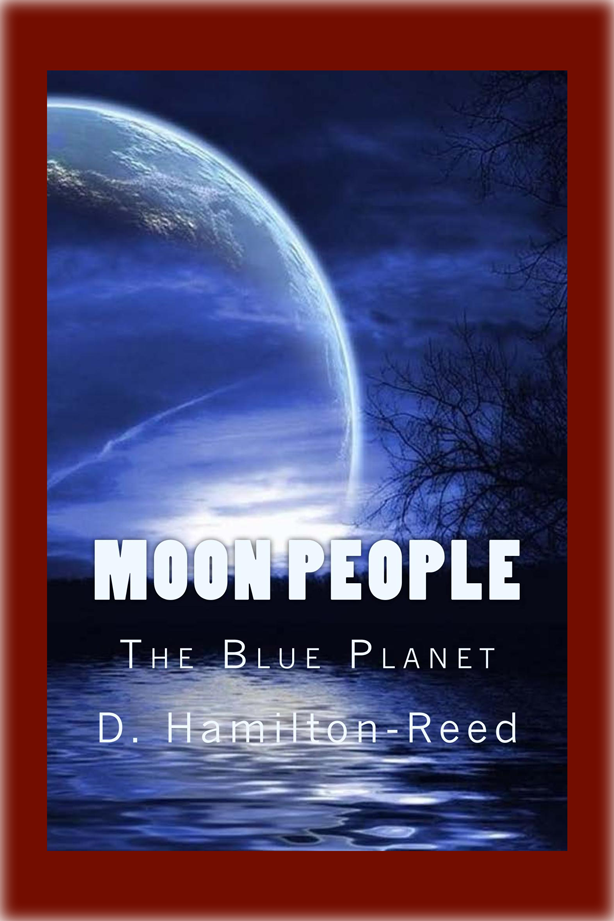 Prince Talon Thesalonia lives on the planet Tyrinni, and he had one desire, to find a slave planet. A planet with abundant resources that his planet can raid and plunder.

The time is 70,000 years ago and his planet is rich, thriving. Cities built of steel, tall buildings, driving hover cars, and for fun a good concert, ball game, or movie is what he is after, and making love.

Then one day they find it, a little blue planet in a distant galaxy with all the riches they need, but first they must get there. Another kingdom wants the blue planet and will do anything to get it. Sending sixteen year old Talon on a quest that he is unprepared for, but in the process finds everything he desires.

Kaima lives on Kumi, a place her people believe was created by the gods. The Nuba People, have lived here for thousands of years in harmony with the richness of life, hunting gazelle, zebrids, and the long toothed cat they call the anbesa. She is to wed this Keremti, but a stranger who walked across the Land of Unknown Spirits is here, asking for her hand, asking her to love him, a thing she does not understand.

Who is he? Why did he come here, and what is this feeling he speaks of, called love?

This is the first novel in the series The Blue Planet, look for the second, Lumi Weeps, in the near future.

“An Epic Tale! This story started very strange, but ended strong. I can’t wait to read the rest of the series.”

I get so excited each time I see a new book release email notification from Amazon on D. Hamilton-Reed. Her writing is twisted, rough, and extremely passionate. She often tackles taboo/risqué topics. Moon People makes my fourth read by her. No feelings different from the first three books, I was lucky to have come across. Each time afterwards I am left feeling wildly emotional. Hamilton-Reed books feel like a rush of blood to the head, that I have become addicted. A twisted, off the charts passionate and dark romance-Again may not be for all. However I enjoyed it! 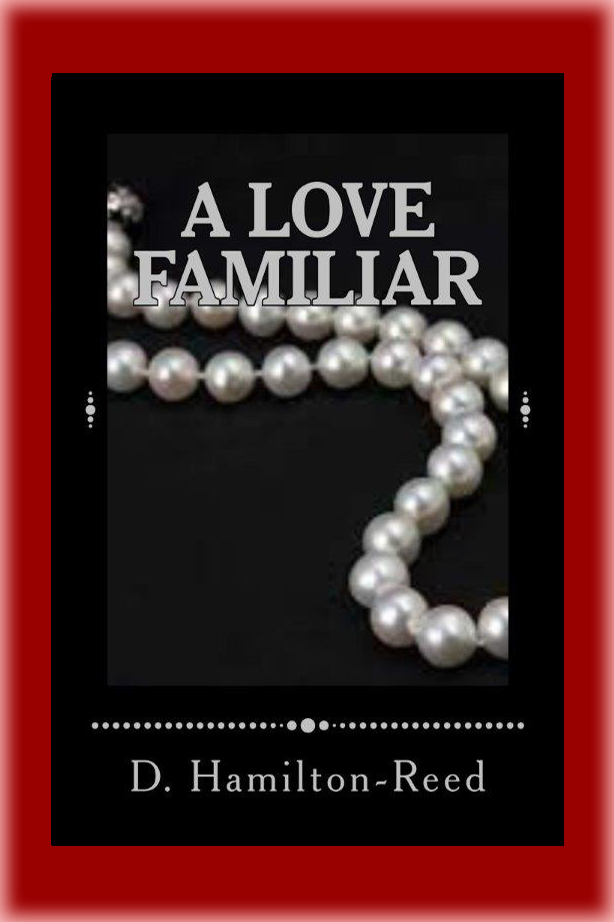 A Love Familiar is the story of the Cortland family and begins with six-year-old Bethanny in the year 1503. Through an unfortunate accident her brother, Kylan Cortland, has become her guardian, a responsibility he does not want, and in his reluctance to do his duty stumbles on the one thing he desires, and will never let go! Through war, piracy, and love forbidden the Cortland family holds on, and Bethanny Cortland will rise above it all and reign supreme!

A Love Familiar is the beginning of the series Forbidden. One family’s journey through love where there are no rules.

Bethanny’s story is the beginning of the series, followed by A Love Complex, which tells the story of Renatta, her long removed great granddaughter, and the last, A Love Forbidden, is the story of Aaron and the secrets he holds of his family lineage.

The three novels take us on a journey through 16th century Europe, to 19th century early America, and ends in modern day California. Each story blurring boundaries and crossing lines into the Forbidden.

A Love Familiar is available on Amazon.com and Kindle. A Love Complex and A Love Forbidden are currently works in progress and will be published at a later date.

Extraordinary! Historically Grand in scope. This story takes place in Europe in the early 1500’s, please don’t let that scare you from reading, for it is long but well worth it. It involves a nontraditional family and their trials and tribulations. I really don’t want to give anything away. Mrs. Hamilton has definitely done her homework regarding the historical developments, which made the story work, all the characters were very well developed to where you could understand the various sometimes very messy situations evolved and how they came to be. Lord Have Mercy. One of the best Stories I Have Ever Read…Can’t Wait for Next Book.

I really loved this book! Wow…what a great story. Read this one, you won’t be disappointed. I look forward to next book in this trilogy. 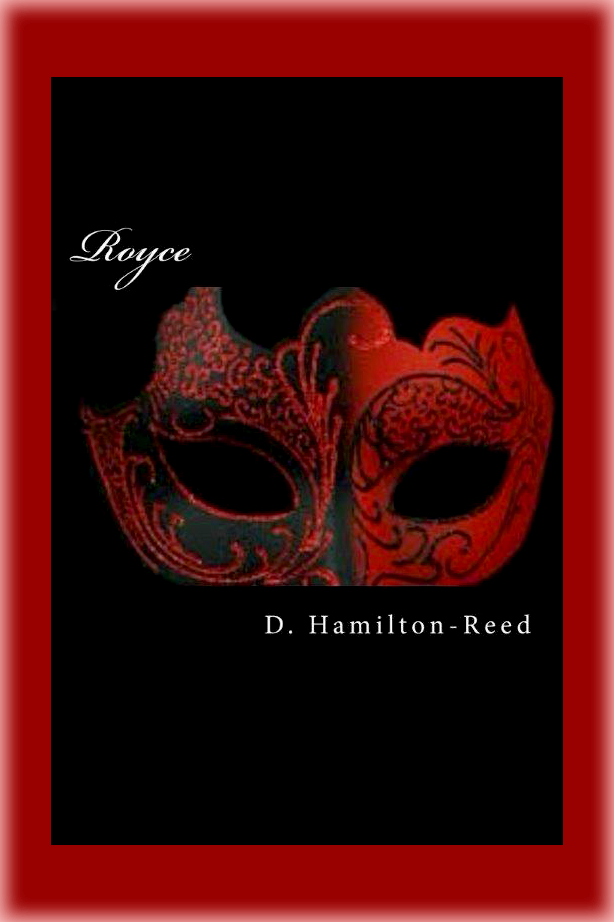 Royce Harrington is the son of a rich Texas cattle rancher and oil baron; he was born into money, but he’s made his own way and worth his own millions. His life is set so he thinks until one night Joy Abrams walks into The Club and into a hidden world of forbidden pleasure.

The Club, a swingers club where married couples meet once a month to swap, share pleasure and above all remain anonymous. This is not just any swingers club, the members of this club are some of the richest most powerful men in the state of Texas.

From the moment Joy, who is beautiful, naive, lost and doesn’t have a clue of how desirable she is to men walks into The Club, Royce is there to hold her, protect her and love her. But wait, isn’t she married, isn’t he married?

Spouses can be deadly when betrayed! Royces learns that the hard way when fleeing for his life. What can he do? Where can he go? Jameson will know what to do!

“One heck of a drama! An absolutely enjoyable read!  It was almost too exciting!  But beware you’ll be tempted to read it all in one sitting.”

“What a beautiful story, about a beautiful couple!  Royce and Joy is Love to Infinity!  What a unique way it all started.  I don’t want to go into detail, for this book had so many layers, but came full circle.  It was my no means corny and sappy, but strong and deep.  Great job to the author D. Hamilton-Reed! Excellent!”

“One thing I love about reading is being able to be transported to another time and space.  Books have always been a gateway  to experience something outside your everyday life.  This book did that and more!!!  I loved Joy the different stages they went through, the different experiences, I just loved it!  I hope you do a prequel to Hennie’s story because was that left field surprise I wasn’t expecting.”

“This was a great romance and suspense novel.  Royce and Joy’s love story begins unorthodox, but I’m truly happy it turned out to be wonderful.  I’m looking forward to more books by D. Hamilton-Reed.” 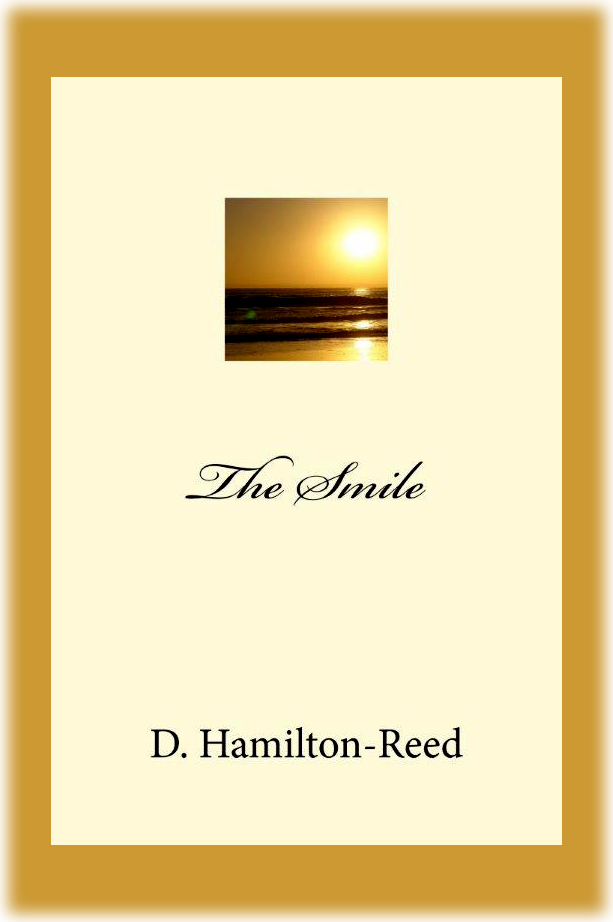 Melanie Littleton a writer from Georgia is in the Middle East. She thinks nothing of the small country she has stopped in, it has what she needs, the history, the artifacts; Alman is right where she needs to be. She is meeting Professor Jibril to discuss a tour, but first she must find fruit. Something wet and juicy is what she’s craving.

She walks down the streets of Jabar. Exotic smells and the ancient language of Arabic fill the air. She spies a market, but the people become excited, and her attention is drawn to the disturbance of the crowd.

A truck is driving slowly down the street; three men are waving to the crowd. The truck comes closer, the man in the middle spots her, she smiles at him. He nods and moves on.

Fruit in hand, she walks down the street to her hotel. Professor Jibril must be waiting.

Moments later the loud sound of synchronized boots is heard on the marble floors. “General Assad!” Professor Jibril says in alarm. Melanie turns pale, that’s the man she just saw on the truck.

“Line up against the wall!” a soldier shouts.

General Assad walks slowly down the line selecting with a nod. Melanie is terrified.

He is standing in front of her, and with a nod, she is pulled out of line.

“Awesome!!!  This was a GREAT book, one of the best books I’ve read in a long time. A lot happened in this story.  But I was very happy with outcome. A long read, but well worth it.”

“Take a Chance LONGGGGGGGG BUT GOOD”

“OMG! Great book!  It will make you smile.  Read and you won’t be disappointed!”

Books available on Amazon and Kindle